Jewish Community Prepares for its Bicentennial

To prepare for the bicentennial of Cincinnati’s Jewish community, Jewish Cemeteries of Greater Cincinnati and Ohio History Service Corps teamed up to clean headstones at the oldest Jewish cemetery west of the Allegheny Mountains.

“A few hours of work can make a big difference,” said David Harris, Executive Director of Jewish Cemeteries of Greater Cincinnati. “We’re grateful for the help. We’re also thankful for the opportunity to tell a little bit of the history of the cemetery as well as the Jewish community.” 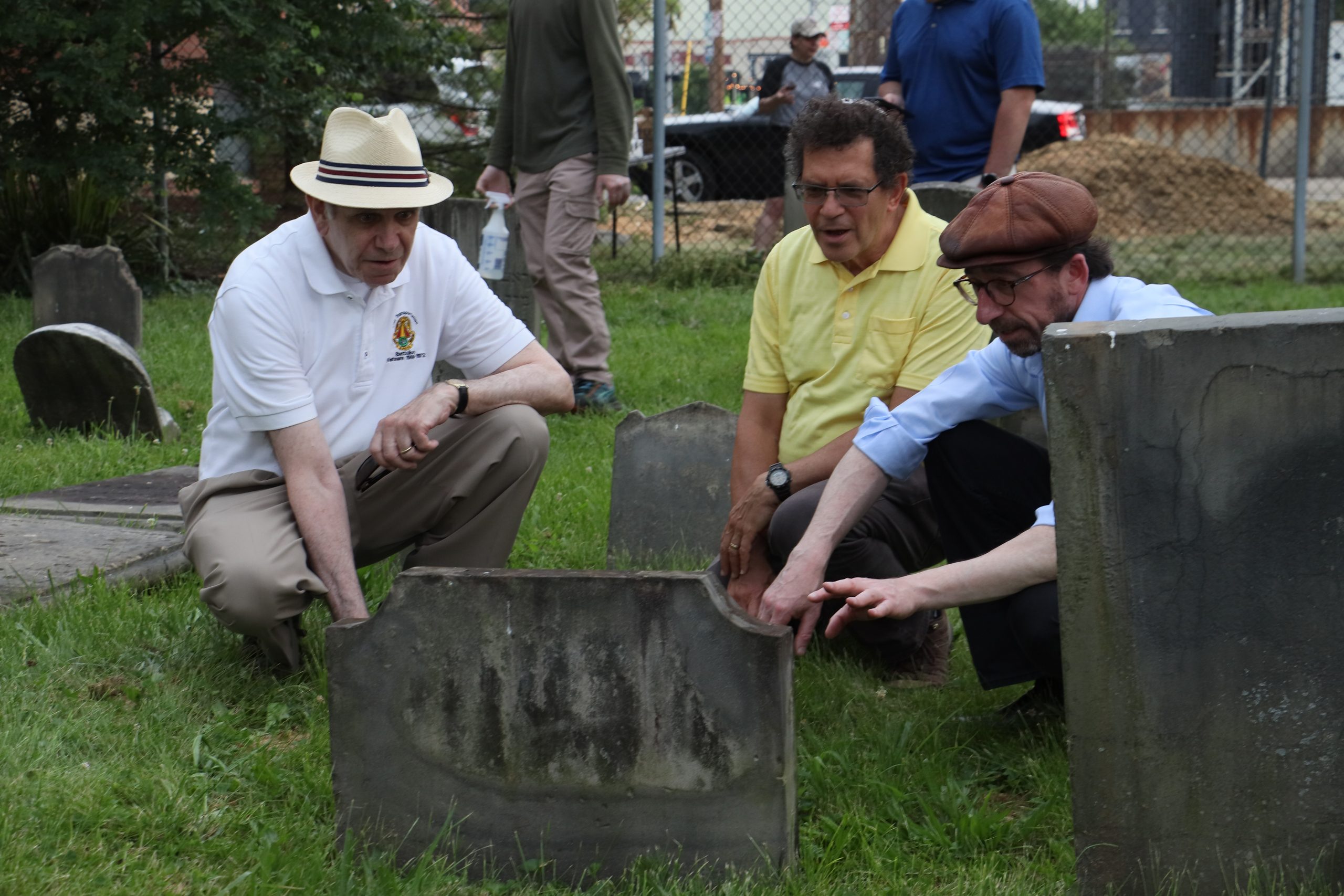 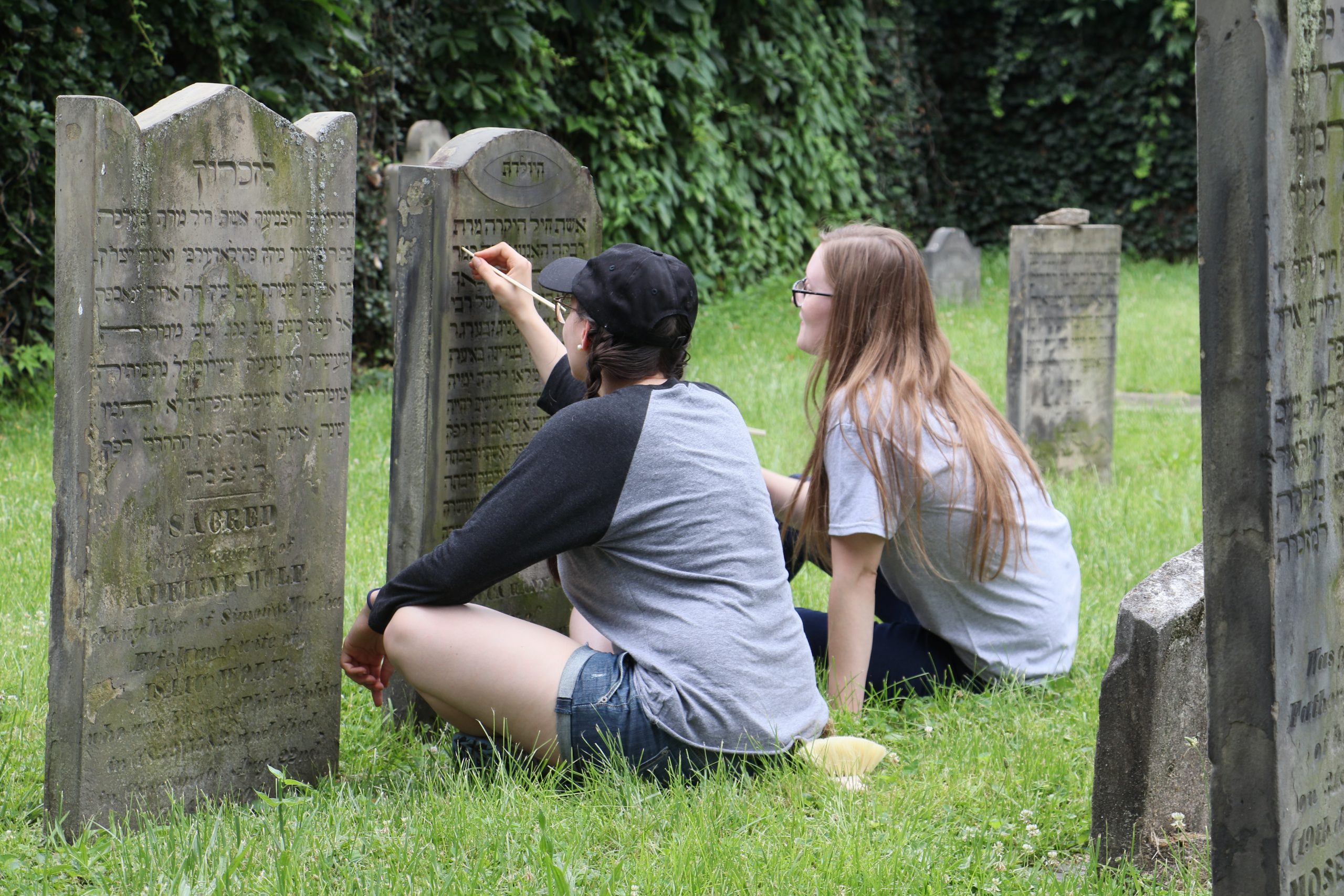 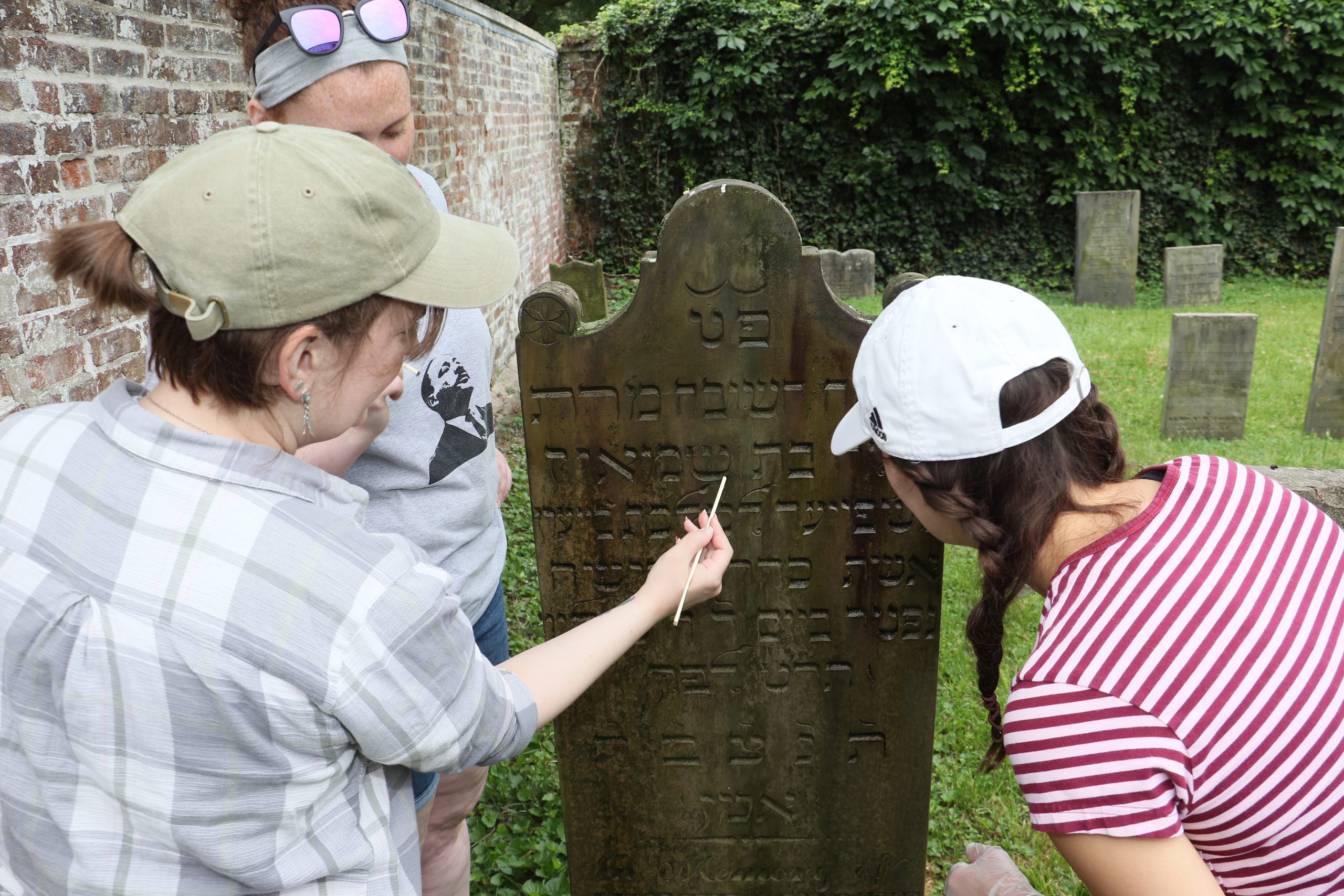 Even though the cemetery is only a few blocks from the iconic Music Hall and the new TQL Stadium, passersby could easily miss it. With less than 100 graves, it is the smallest Jewish cemetery in Greater Cincinnati. But its historic significance is huge: the Cincinnati Jewish community dates its origins to the creation of the cemetery in 1821.

The cemetery, at Central Avenue and Chestnut Street, will be a launch point of a year-long celebration — the Jewish Cincinnati Bicentennial — which will kick off Sept. 26 when the community gathers to rededicate the cemetery. By then, a new entrance plaza with benches and signage will have been installed and technology will provide a link to additional information about the cemetery and those buried there. The cemetery rededication will be followed by the ish Festival celebrating Jewish and Israeli arts and culture in nearby Washington Park.

To prepare for the kick-off event, Jewish Cemeteries’ board members, including President Larry Neuman and Vice President Ray Warren, and nine young adults from the Ohio History Service Corps gathered at the site on June 18. After hearing from Harris, they learned how to clean headstones, then broke into groups to work on individual headstones.

Carrie Rhodus, Community Surveyor for the Ohio History Service Corps, helped to train the volunteers. Rhodus, an expert in cemetery preservation, said headstones are the only remaining evidence that some people ever existed.

To clean the headstones, the volunteers used brushes with soft bristles and gentle cleaning solutions. They also used chopsticks to dig out muck from the letters, most of which are in Hebrew. 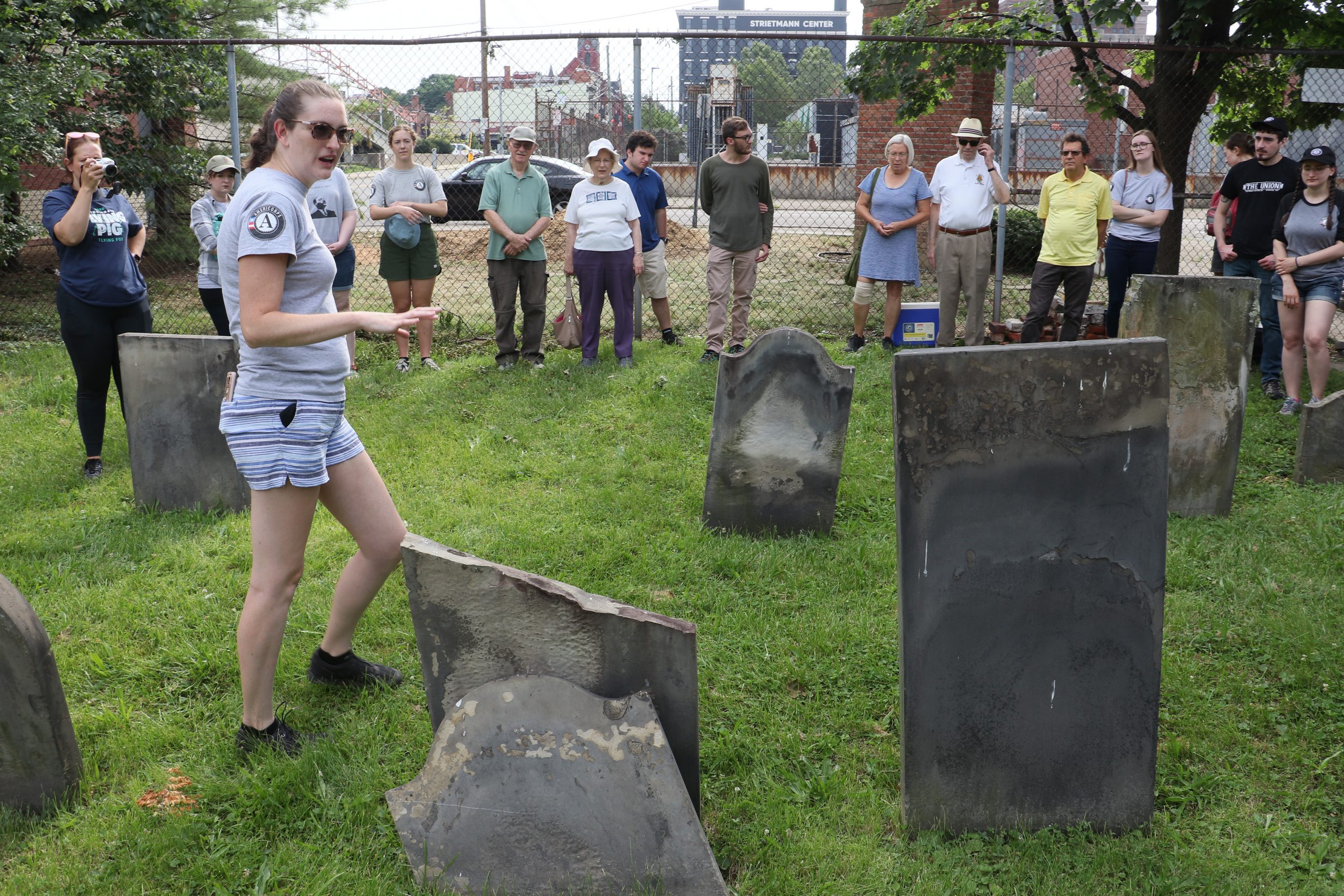 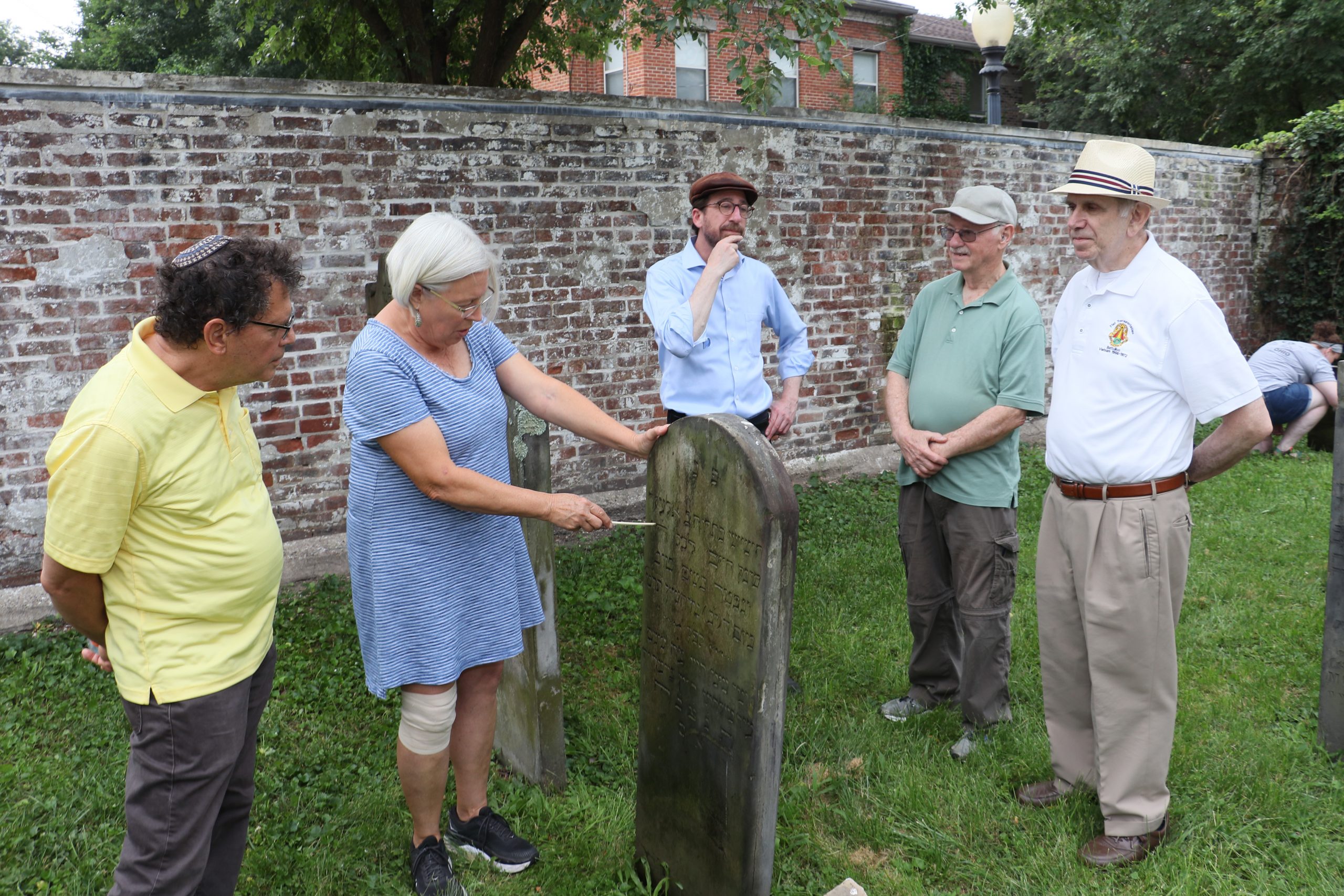 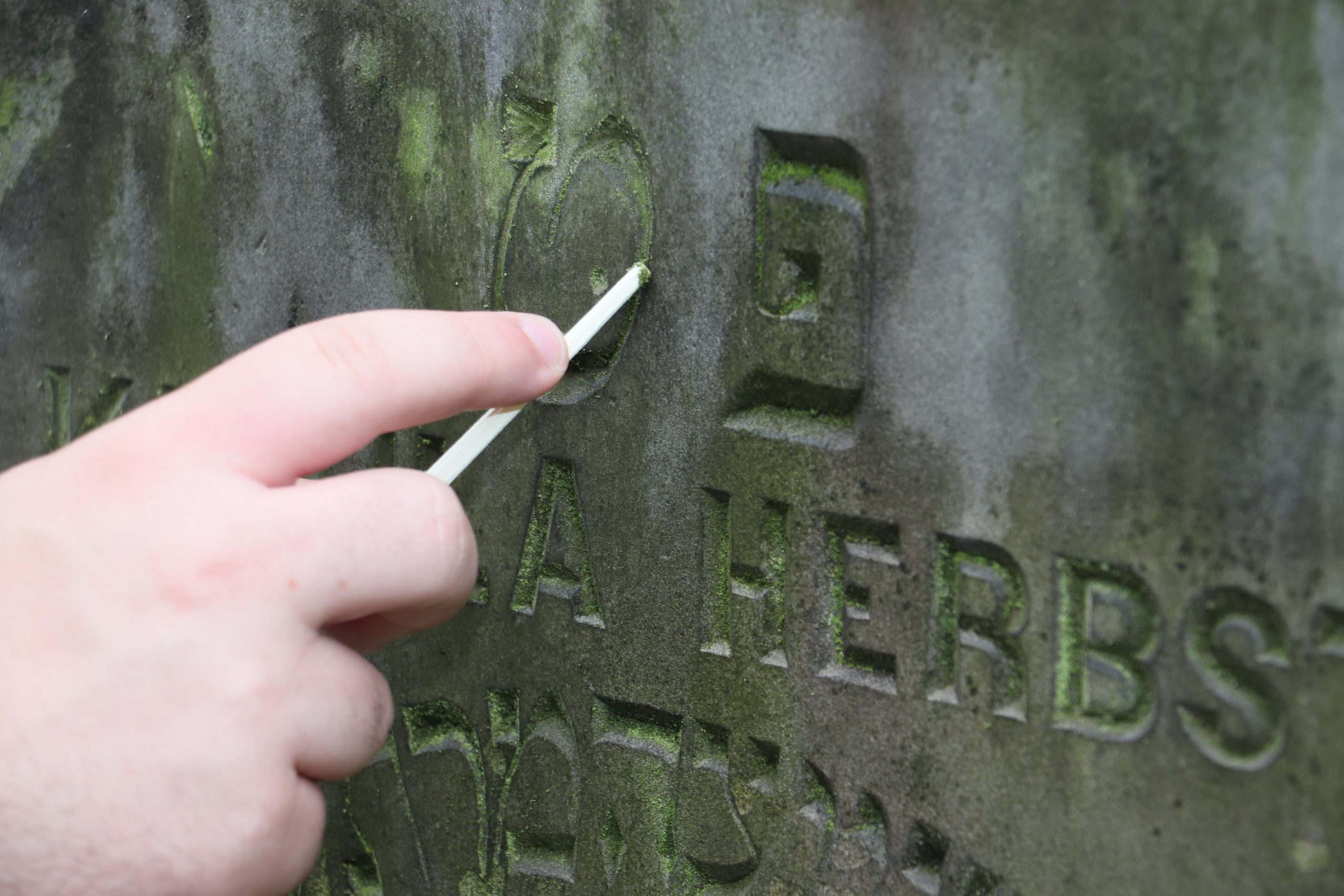 “The better a cemetery is cared for, the longer the headstones will stay in good shape and the inscriptions can be read,” she said.

Volunteer Chloe Dickson, 23, of Columbus, worked on the headstone of Simon Symonds, who was born in England in 1776 and died in Cincinnati in 1848.

Dickson, who earned a bachelor’s degree in history, said the effort made her feel a connection to Symonds and the Jewish community. “I feel as if I was preserving memories,” she said.

She added: “I’ve always wanted to get better connected to the Jewish community. I think this has finally made that happen.”

Later, she told congregants at her church about the work and what she’d learned about Judaism and Jewish burial customs. “They were all really fascinated by it.”