For over 170 years, a set of graceful wrought-iron gates has welcomed visitors to the sacred grounds of the UJC-Walnut Hills Cemetery. Thanks to a generous gift from the family of Jacob K. Stein, a lawyer and community leader who is buried in the cemetery, the gates have been restored to their original beauty.

“We know our Jewish cemeteries were important to Jacob,” said his wife, Mary (Polly) Magrish Stein, who made the gift along with the couple’s son John (Jennifer) Stein and daughter Rabbi Elena Stein. “He worked so hard to preserve the cemeteries and the Jewish heritage they represent.” Jacob, who died in 2019, assisted with the formation of Jewish Cemeteries of Greater Cincinnati in 2004, having previously served on the board of its predecessor, United Jewish Cemeteries (UJC), from 1995 until 2004. He was President of UJC from 2002-2004. Jacob’s daughter has continued this family tradition of service and is a current board member with Jewish Cemeteries. 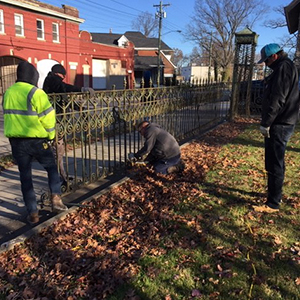 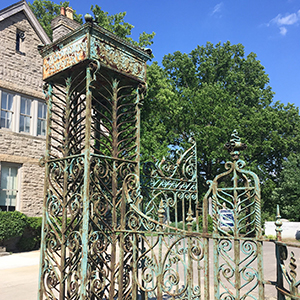 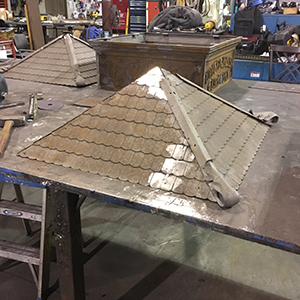 “Taking care of Jewish gravesites is a very special mitzvah,” said Larry Neuman, Board President of Jewish Cemeteries. “As a community, we are very fortunate to have two generations of the Stein family involved in caring for our cemeteries and sharing their history.”

“Jacob was interested in restoring the gates during his term as President,” recalls Ed Marks, a founder of Jewish Cemeteries who served on the UJC board with Jacob Stein. “At the time, the organization didn’t have the funds for restoration. I’m touched that his family has chosen to honor him in this way.”

The restoration work was performed by Artistic Iron Works. The gate and fence were removed from the site and taken to their workshop in northern KY. Each piece and section was sandblasted and then the careful process of repairing broken, bent or missing pieces began. This included manufacturing small shingles on the gate crowns that were missing, for example. In some cases, age had rusted parts to the point of disintegration.

After the gate, crowns, and fence were completely repaired, the pieces were sent to be galvanized and then returned to their shop for powder-coating and painting. Artistic Iron Works researched the original paint color that was used when the gates were created and produced a match, truly restoring them to their original grandeur. Give the level of artisan craftmanship involved and the cost of iron today, Darrin “Butch” Zepf, Artistic Iron Works CEO, estimated that it would cost more than $100,000 to produce comparable gate, crowns, and fence today. 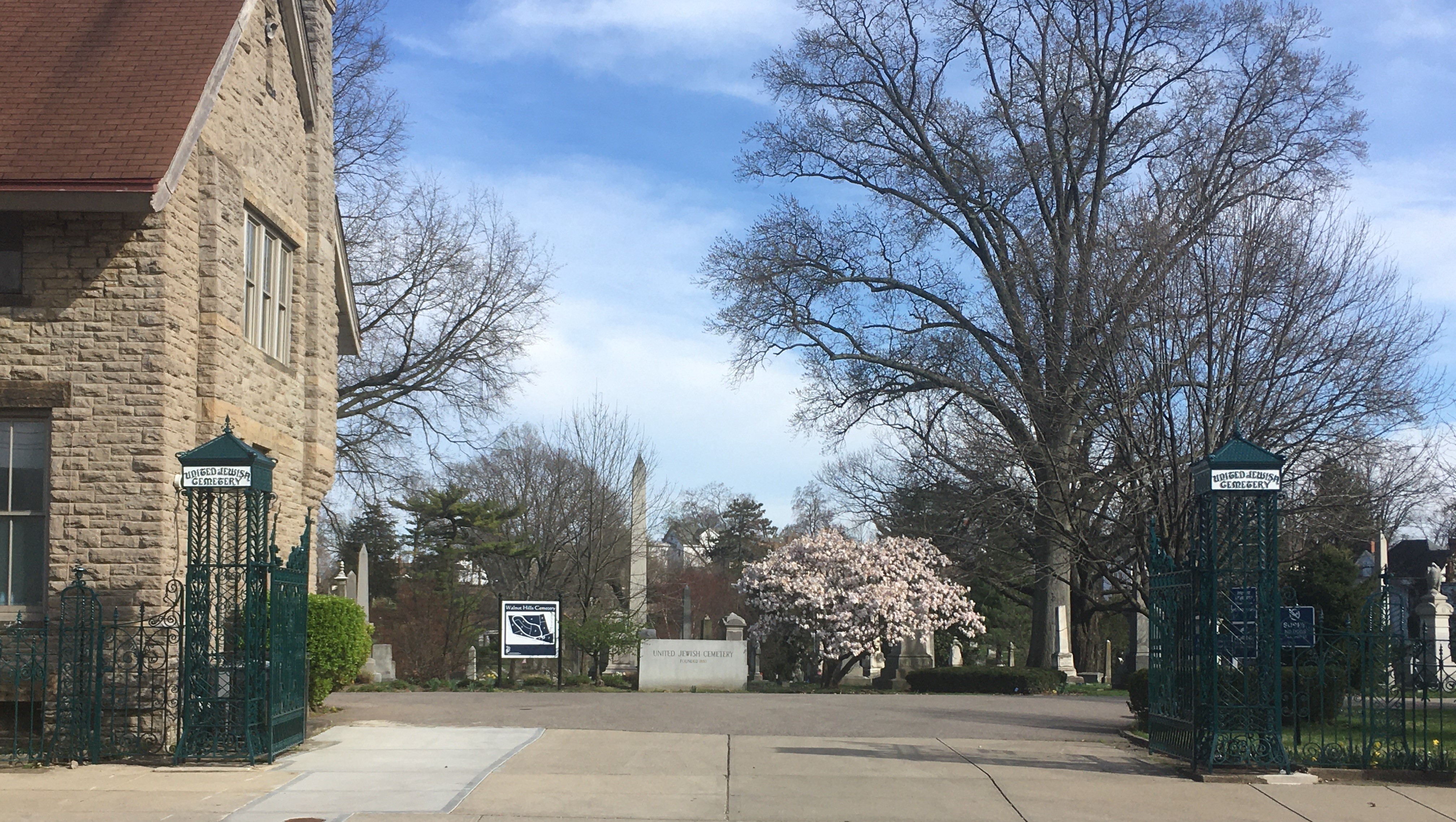 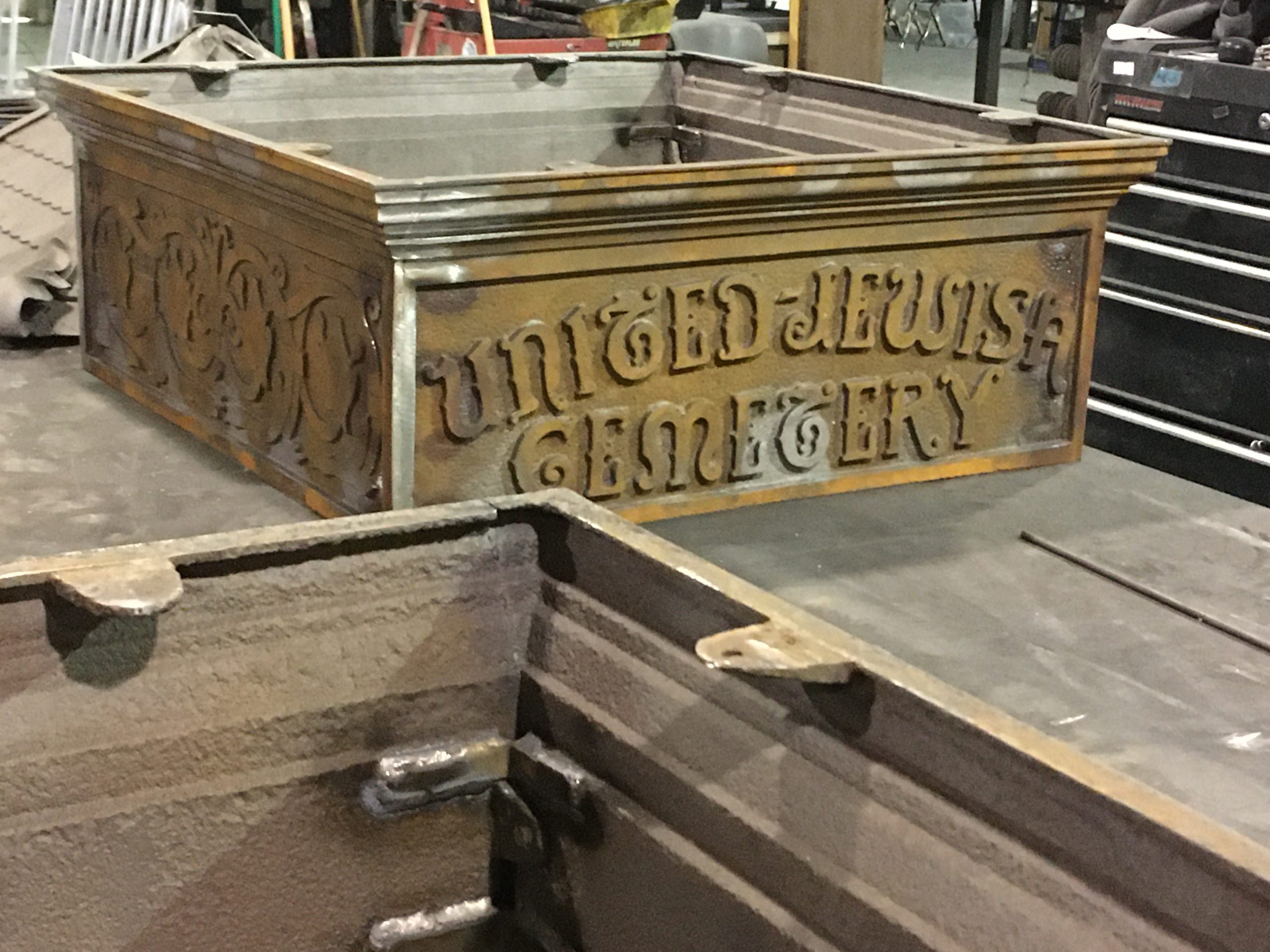 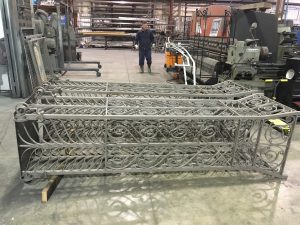 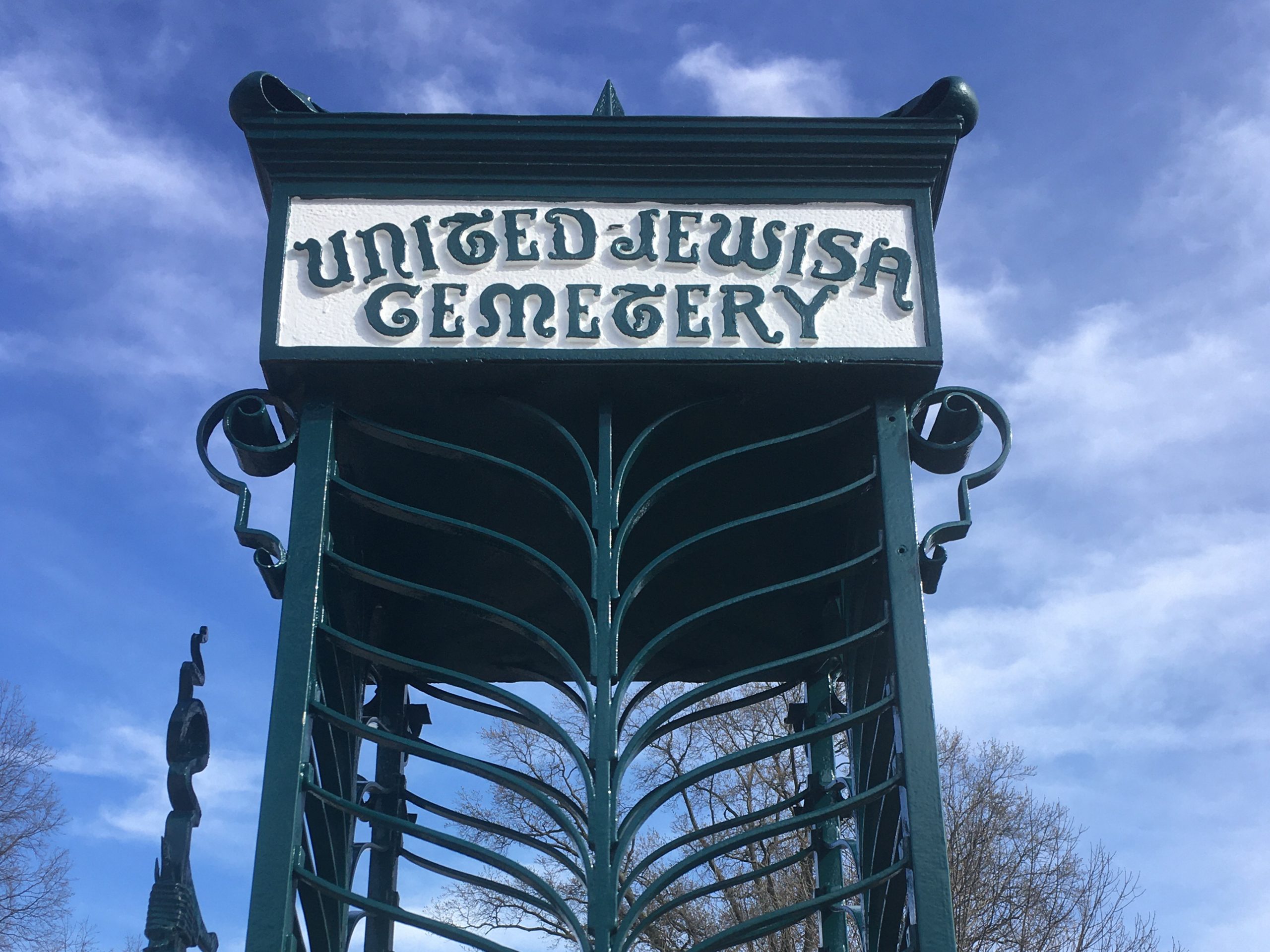 Jewish Cemeteries of Greater Cincinnati now owns, manages, and maintains 35,000 graves in 25 cemeteries across the region, ranging from the 200-year-old Chestnut Street Cemetery to the recently dedicated community cemetery in Loveland. Most of the cemeteries are over 100 years old and many of the monuments are in need of repair, in addition to needed maintenance of the cemeteries’ infrastructure. In most cases, there are no known family members to fund restoration work on monuments and Jewish Cemeteries relies on donations to carry out repair work that is beyond the scope of its budget. Jewish Cemeteries hopes that the Stein gift will serve as an inspiration for others.

“The gift from the Stein family will help us in our mission of maintaining the community’s cemeteries in perpetuity,” said David Harris, Jewish Cemeteries’ executive director. “They have directed part of the gift to fund immediate restoration, and the rest will go to a reserve fund for future needs. We believe it’s important to maintain the cemeteries not just for our community’s burial needs, but also to communicate to the community and neighbors that these are historic and sacred spaces that deserve respect.”

Marks noted that, “We all are trusting cemetery operators to care for us in our time, and those who came before us for all time. It’s a special commitment.”