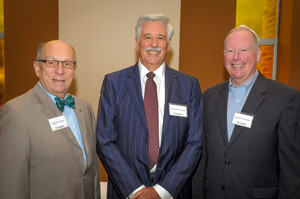 The celebration, presented by The Jewish Hospital – Mercy Health, featured videos and a program book highlighting the founders’ role in their collaboration with many other community leaders to create JCGC. Rabbi Gary Zola, a well-known historian and popular public speaker, who holds the positions of Executive Director of the Jacob Rader Marcus Center of the American Jewish Archives and Professor of the American Jewish Experience at Hebrew Union College, was the keynote speaker. 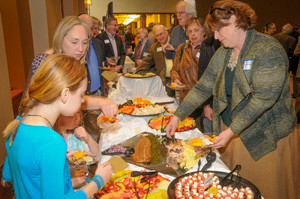 The first Jewish cemetery in Greater Cincinnati dates back to 1821. Since that time, 26 Jewish cemeteries have been formed in Hamilton and Butler Counties.

Our three founders started the process to ensure the long-term sustainability of all of our area’s Jewish cemeteries. Ultimately, 23 Jewish cemeteries determined that it was in their mutual best interest to create a new, merged organization, JCGC, which would assume responsibility for the perpetual care of the existing cemeteries and the creation of such new cemeteries as will be necessary to serve the Jewish community’s future needs. JCGC began operations in 2008. 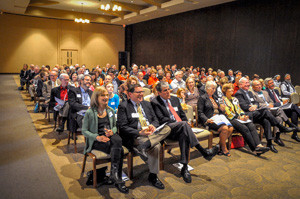 “JCGC’s success to date was the result of a collaboration between the Jewish community, rabbinic community, the Jewish Federation and, importantly, the Jewish Foundation, the major funder of the project.” says JCGC President, Brad Kaplan.

“JCGC is a unique organization. It’s truly the only one of its kind in the nation where virtually all the cemeteries in the community are owned and operated by one organization,” says JCGC Executive Director, David Hoguet.

Cincinnati is a leader nationally in creating this organizational model to take care of its cemeteries in perpetuity. 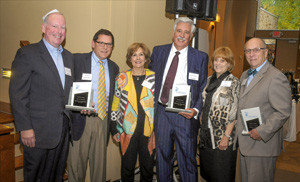